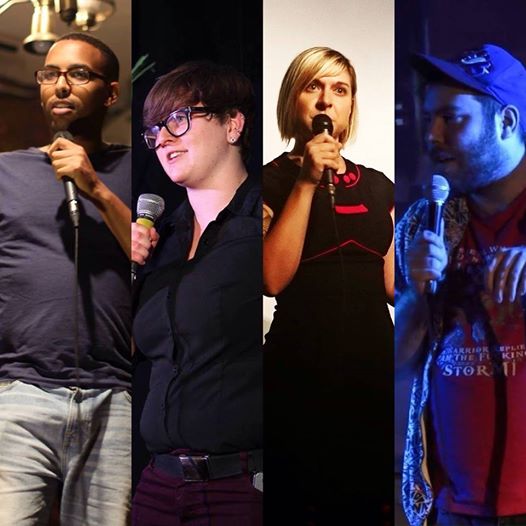 Rule of three features three stand up comedians from Guelph, ON, with a special local guest.

Amber Dewar’s comedic storytelling ranges from observations about life and death to awkward reactions in normal social situations, which probably arose from being lonely as a child, but who really knows?

Dave Getachew is an Ethiopian Canadian comedian from London, ON. His style of humor is reality based absurdism. His observations about everyday life mixed with his devilish wit create a unique comedy experience.

Erinn White is a professional cat lady with only three feelings: winning, losing, and hungry. She is returning to ON THE EDGE Fringe following her most recent solo show, Resting Nice Face.

André Raymond is an up and coming comic who cut his comedy teeth in the clubs of Sudbury, Ontario. His observational style targets the oddities of life of our fast-paced tech-run world.