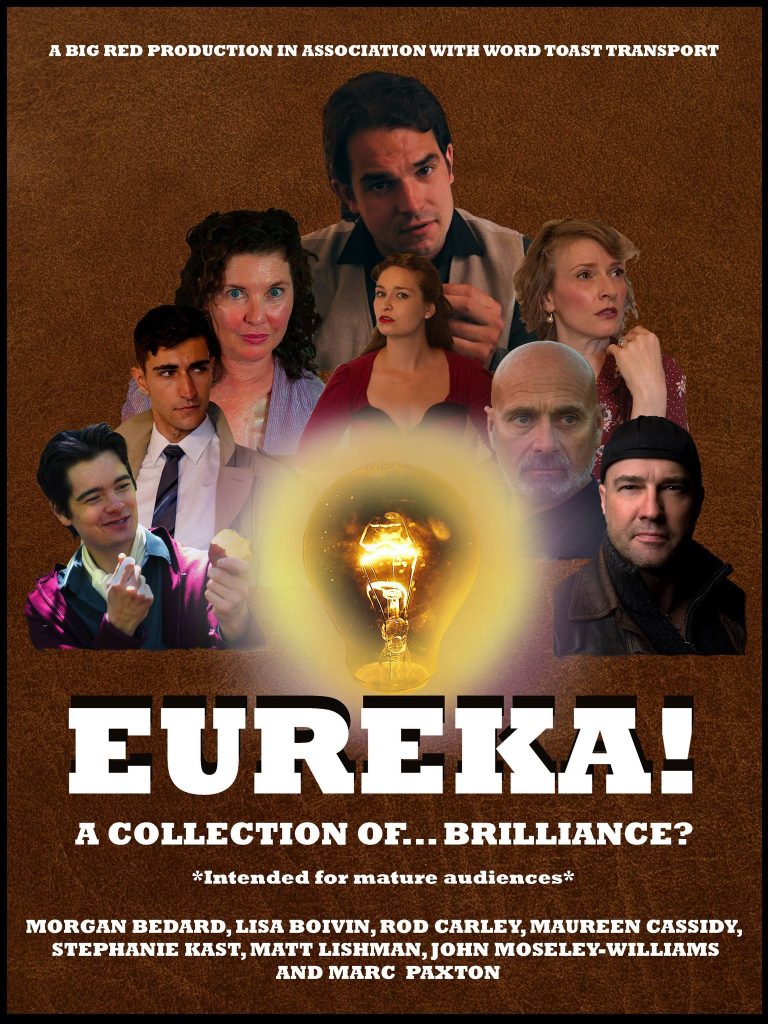 Eureka! – “A Collection of… Brilliance?” is an anthology of comedic short films. Satirizing classic film genres, Eureka! takes the idea that sometimes life is taken too seriously, but it reminds us that it’s okay to have fun and be silly. Eureka! takes the audience through many eras of film such as: science fiction, film noir, and edge of your seat action. This fast paced and immersive style of storytelling will always keep the audience interested and wanting more.

WARNING: Eureka! is intended for mature audiences. There are moments of mature language, violence/death, and alcohol use.

About the artist/company:
Big Red Productions is a performing arts group based in North Bay, Ontario that focuses on defying traditional means of storytelling. Big Red was created by Matt Lishman whose goals as an artist are to push boundaries and explore the unexplored.