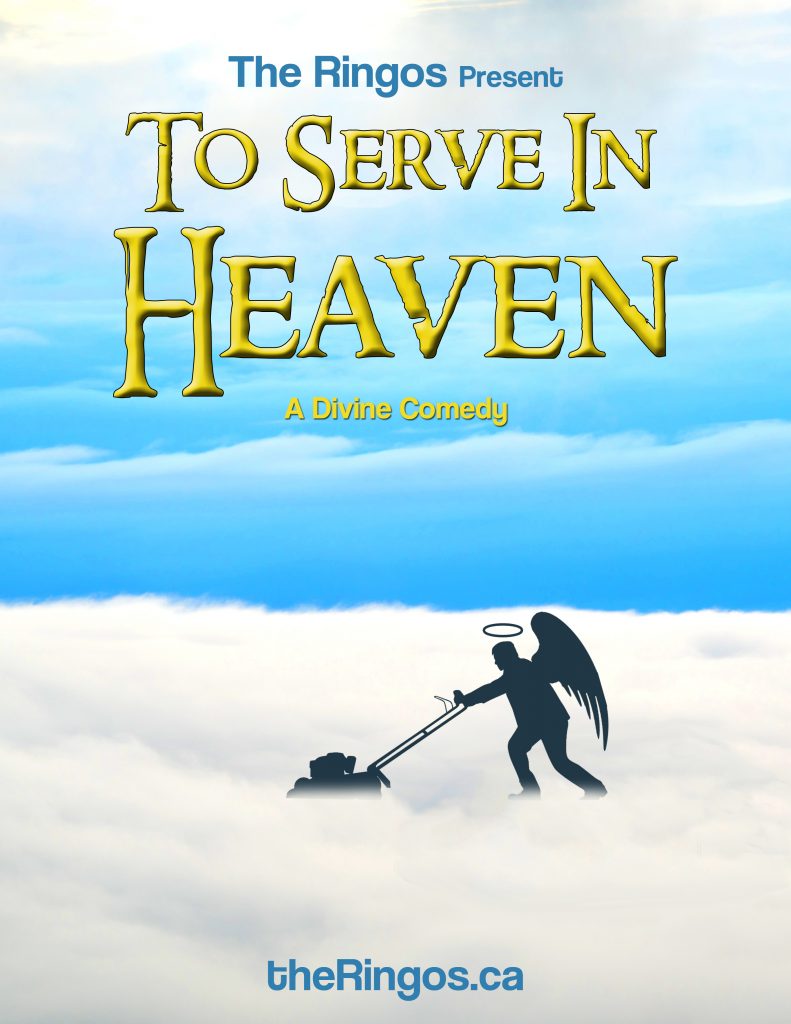 To Serve in Heaven
The Ringos | Midland, ON

Milton once wrote that it was “better to reign in hell than serve in heaven,” but in this economy, you take whatever you can get. For the lucky few humans who make it, Heaven is like visiting an eternal, 24-hour luxury hotel. For the vast hordes of angels at their beck and call, Heaven is like WORKING at an eternal, 24-hour luxury hotel, which is a much different experience.

Turns out, there’s a lot of bad gigs up top. They need someone to fill out the forms. So, so many forms. They need someone to bolt wings on the backs of the newly deceased. (The tool for the job: A flaming drill.) And of course, the clouds need mowing, the cherubs need feeding, and the ice cream machine keeps breaking down. You know, the one that serves all 31 trillion flavours.

Maybe eternal servitude ain’t all it’s cracked up to be. And when the angels get the funny idea to start asking for better working conditions, well, that’s when there’s hell to pay.

Join The Ringos for a divine comedy that may or may not be better than the actual Divine Comedy. Okay, it’s worse, but ours is shorter and contains more swears. So buff up those halos and dry clean those robes, cause it’s time to get down on your knees and say a little prayer. But in a completely normal way, before Madonna ruined it for everybody.

About the artists:
The Ringos are a sketch comedy troupe from Simcoe County. They’ve produced sketch and improv shows across Ontario, including the London Fringe Festival, and the ON THE EDGE Fringe Festival in North Bay, as well as web shorts and comedy jams.

Most recently their 80’s themed comedy revue 80’s Kids Will Understand was staged throughout Ontario to critical acclaim.