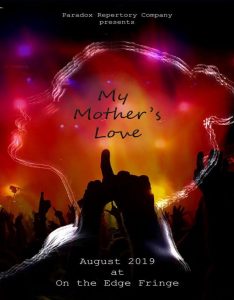 My Mother’s Love follows the story of a dysfunctional family. Jules looks back on the life of her bohemian mother and their contentious relationship after her mother’s death. The story intertwines past and present, as mother and daughter’s stories mingle. In the dance of memory and moments, truth can become a little blurred in the search for forgiveness and redemption. My Mother’s Love is a multi-media exploration of grief and loss which employs film, music and movement to create an immersive experience for audience and performers alike.