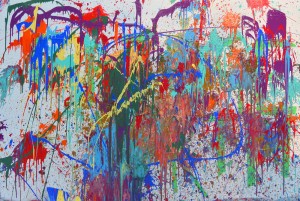 ON THE EDGE: A Fringe in North Bay
Promises to push the limits

This summer’s shows are:

OTEF brings live performance to North Bay’s doorstep with Seventeen 30-60 minute shows between 4pm- 10pm on August 11th to the 14th and from 2pm-10pm on Saturday the 15th. With a Special Best of Fringe Selection on Sunday August 16th 2015. Join the counterculture from August 11th-16th in the performance venues of The Capitol Center, Cecil’s Map Room and the White Water Gallery.

OTE fringe is dedicated to the dissemination, production, and prosperity of independent arts and artists. We create a unique environment where the arts thrive entertaining our region as we move towards the future On the Edge Fringe Festival is in its second year in North Bay and we aim towards making this a yearly event. We believe that in making theatre a profitable experience for artists and audience alike, we can continue to watch this community grow together.