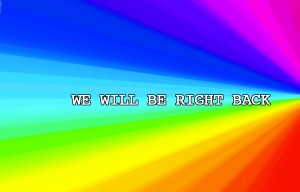 The System is Down: A sketch comedy review
by Scott Marleau
45 minutes

North Bay native Scott Marleau, who is now based in Toronto, describes his production as “ a sketch comedy with heavy leanings on improv.” It’s no wonder since he has been most recently training with the famed Second City in Toronto. Marleau is a graduate of Canadore College’s Theatre Arts program and he co-wrote and co-performs this 45-minute long piece with creative partner Shawna Edward, herself a graduate of Humber College’s Theatre Arts program. “We’ve taken inspiration from our millenial status,” explains Marleau. Using a style that Marleau describes as “silly and loose,” and featuring improv games, the duo tackles a range of subject matter – from the prime-minister to the booking process for celebrities – as interpreted from their perspective.