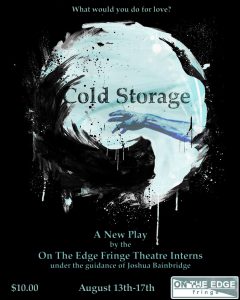 It’s the 1950’s and Cryogenics are quickly becoming the ‘hot’ thing. Everybody and their grandmother is signing up to be used to test this new science. A science that would see a body frozen after death and brought back only when a cure for what ailed them is found. Everything changes when lab intern, Reggie Simmons, falls in love with one of the test subjects.